Life drawing from last night, 10, 25 and 45 minute poses from this untutored class run by Jennifer Wolf. Different model each week, materials provided and a focused atmosphere! Apologies for the average photos and nasty auto enhance - best I can do on a dull London morning. 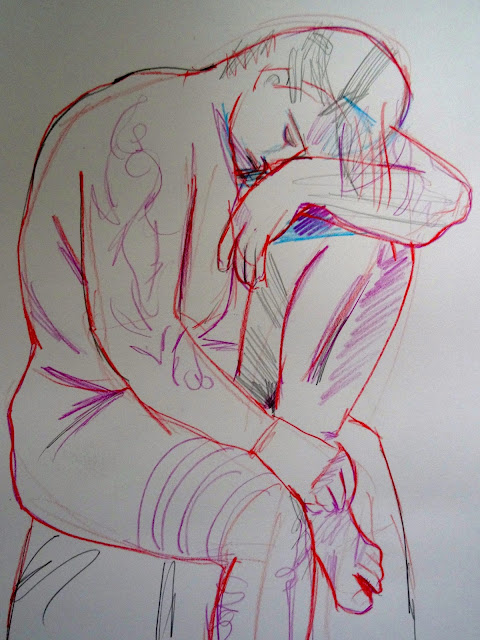 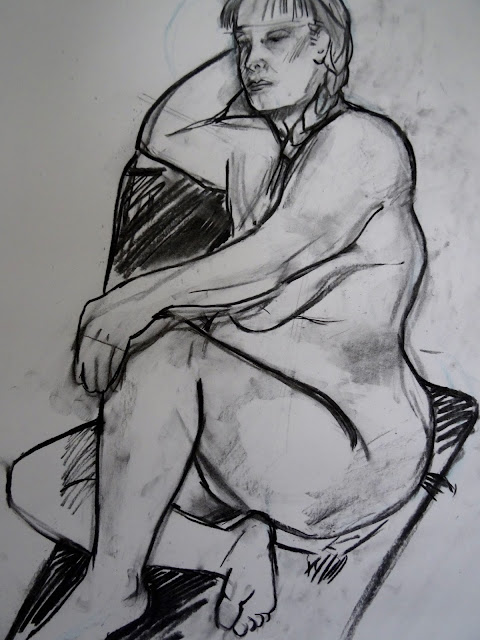 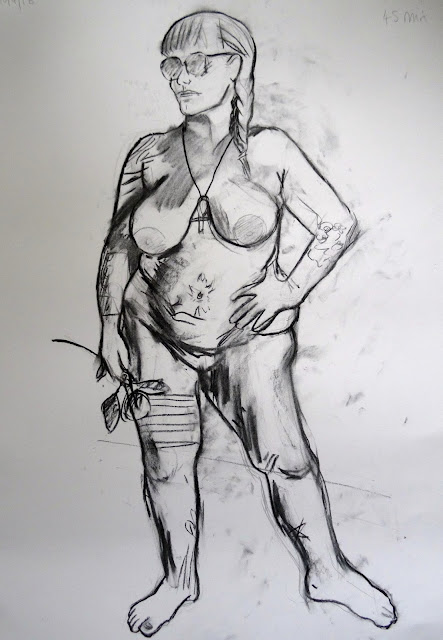 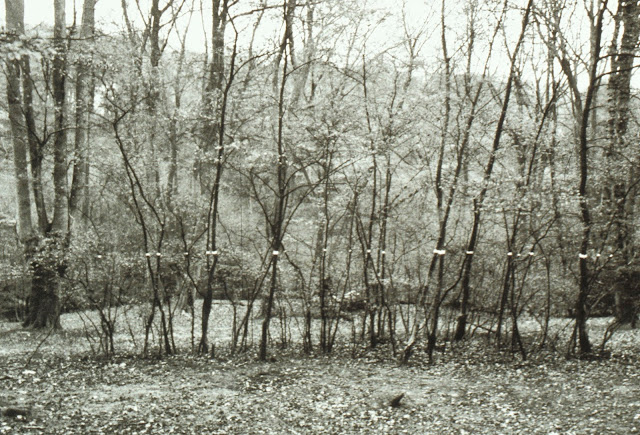 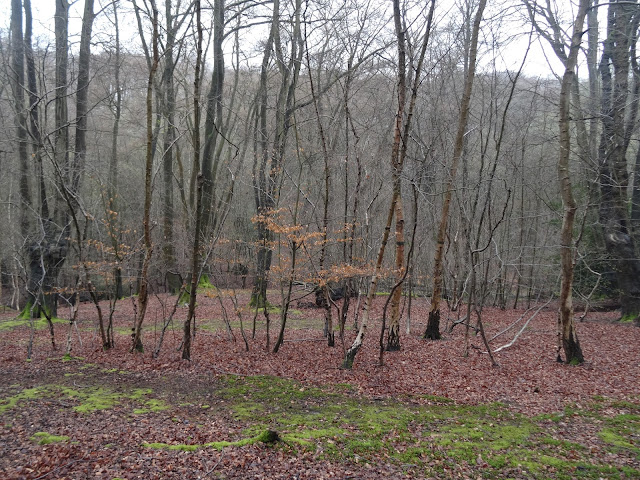 15 years separate these images. At 32, during my MA in Textiles at Goldsmiths College I returned to my childhood stomping grounds to work within the landscape using white acrylic wool, a camera on a tripod and a laser to create a floating white boundary line within the trees. This work led to my final piece, There's no place like home, exhibited at Goldsmiths during the summer show of 2003. Click on my artwork section to view this piece.

Over the years I've kept an eye on these trees, leaving the wool in situ, curious as to how it would weather and degrade. On a walk with my sister a couple of weeks ago (who helped me install and photograph the work in 2003) we revisited the site and I decided to return with scissors and remove the wool. Mostly out of concern for the trees, but I began to ponder making something with this weathered material...

Today, I journeyed on the Central Line to Debden, cycling to Epping Forest, past the street I was raised on and my childhood home. There is something magical about being alone in a forest, birdsong filled my ears, I spotted a treecreeper perched on a trunk, noticed solitary bees buzz and bumble, searching at ground level. The rush of an unseen steam, full after yesterdays persistent rain added a consistent sound layer as I marvelled at soon to be obscured tree forms spangled in green expectant buds. The air had a warmth in it, the forest calm, holding imminent promise of ping and pop as spring roars in.

One by one I unwound wool from the trees, disturbing tiny translucent slugs that I'd not noticed before. The wool created a damp and spongy base for lichen and moss. Unwinding, paler wool was revealed appearing white against the tree, but grey when placed on the forest floor. It took time. Some trees appeared unaffected by the wool, bark smooth, unblemished, others retained indentations, reminding me of scarification marks in skin. While untangling I thought of myself, a different person from the one who wrapped the trees in 2003, 15 years is a long time and so much has changed. Only once did someone pass by, a man who commented that what I was doing looked 'very scientific'. I was wearing my fluorescent vest for cycling, so may have had an unintended workman like appearance. I was happy when he wandered off with his bounding black labrador.

Now the wool rests on my living room floor, untangled and drying. 3D forms will emerge using my beloved hand stitch and knit. I've no rush for an outcome, it can come to me when it's ready. 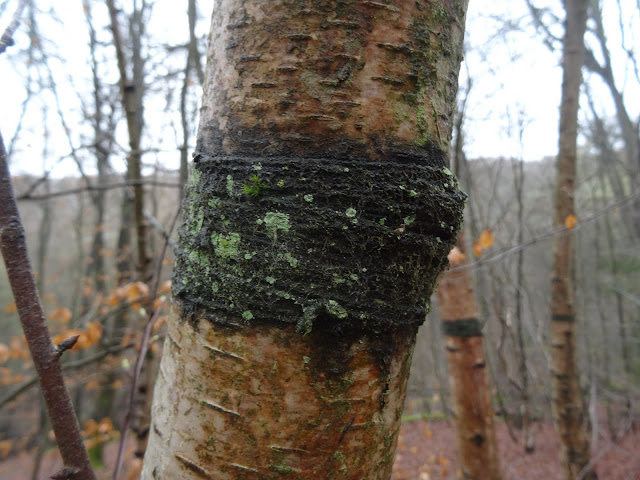 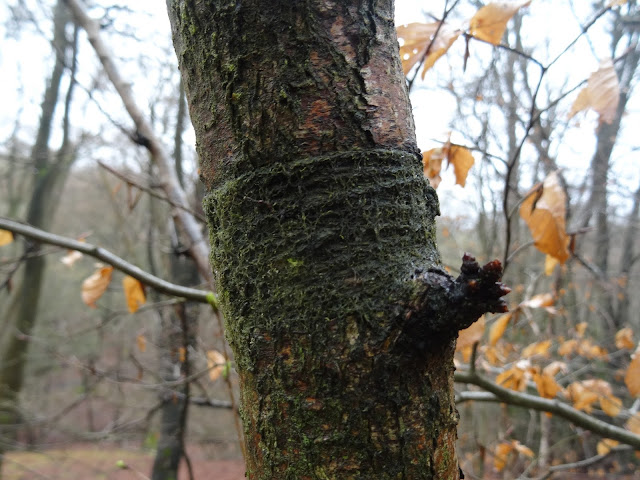 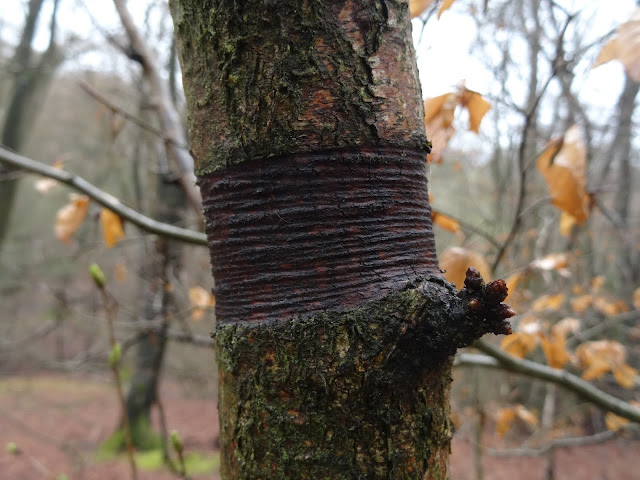 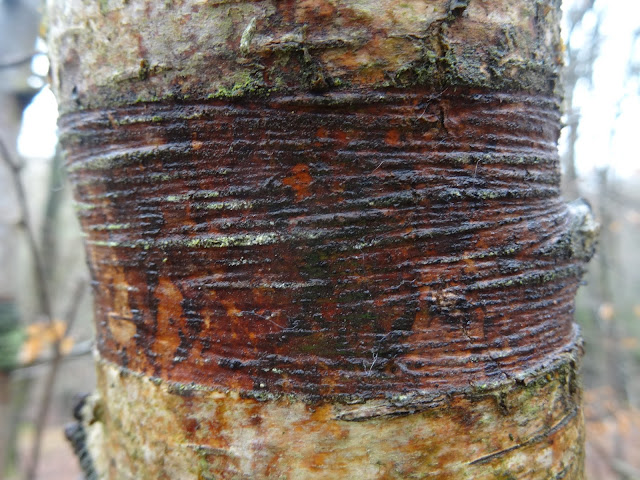 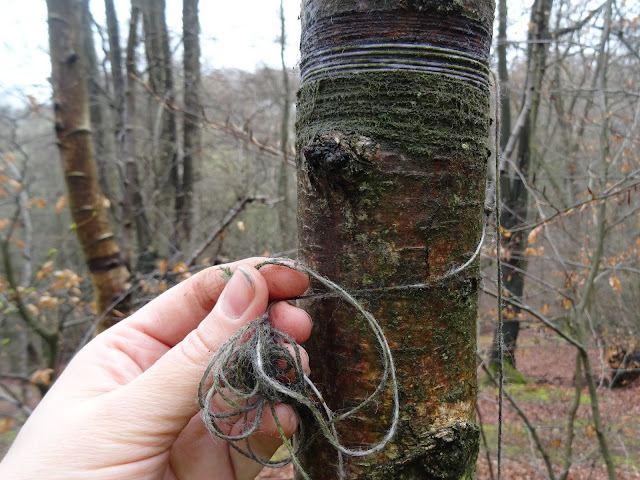 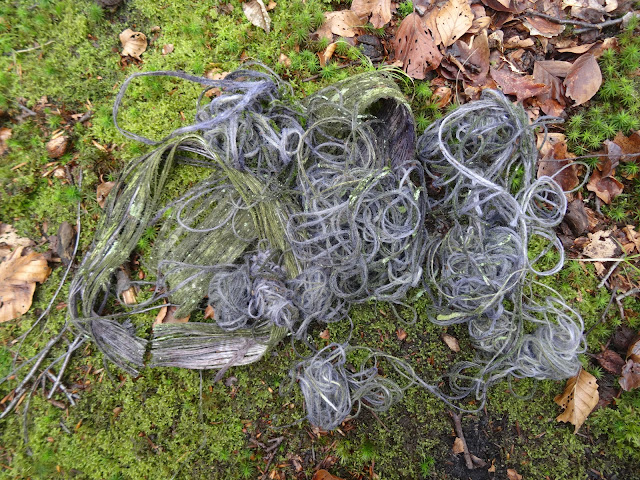 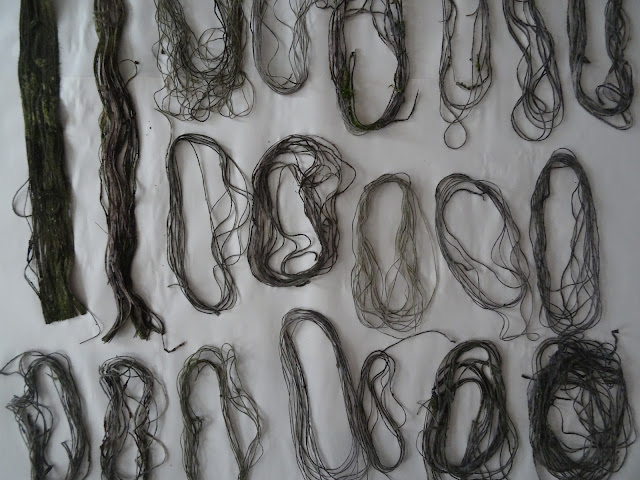 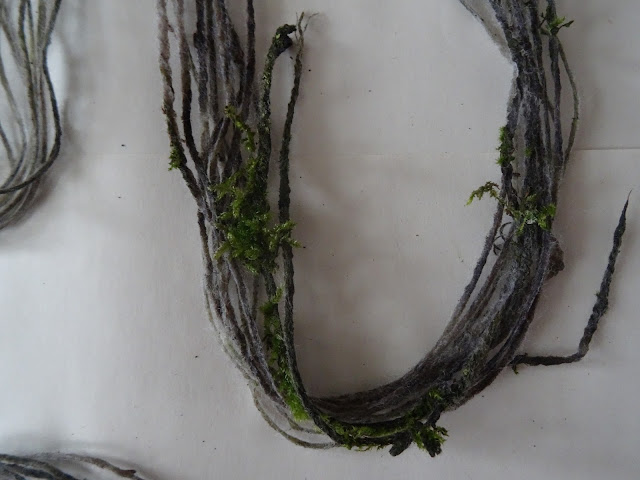