Spent the last two Fridays at Derby QUAD facilitating workshops with the wonderful Q Club participants. We made two colour screen prints onto book bags and created wire sculptures and photographed them in the gallery and public spaces at QUAD. Both activities were sparked by Megan Broadmeadow's exhibition SEEK PRAY ADVANCE. 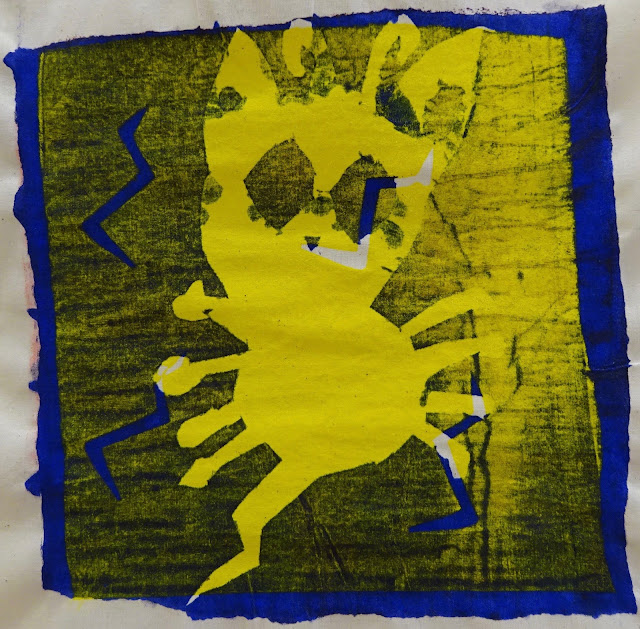 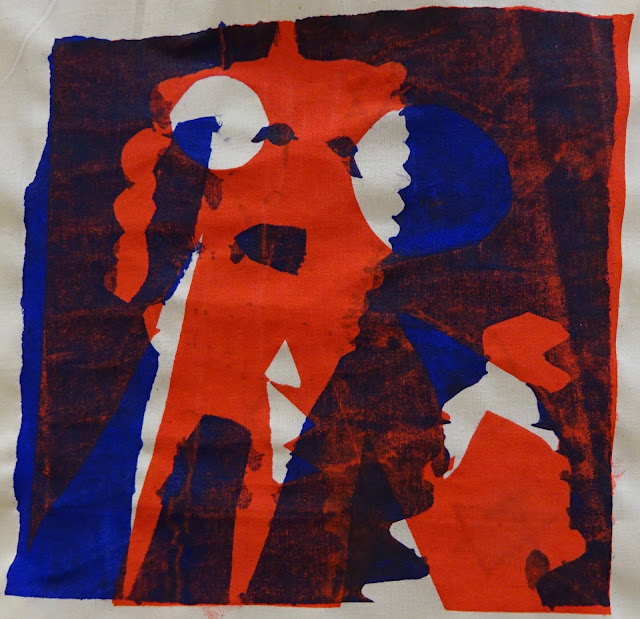 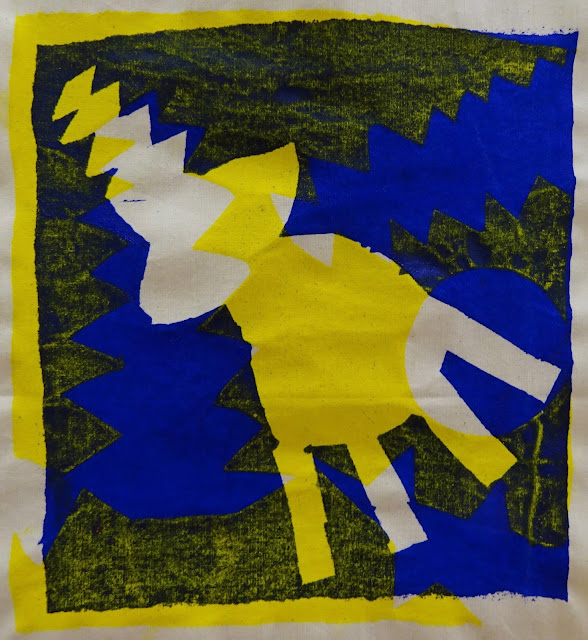 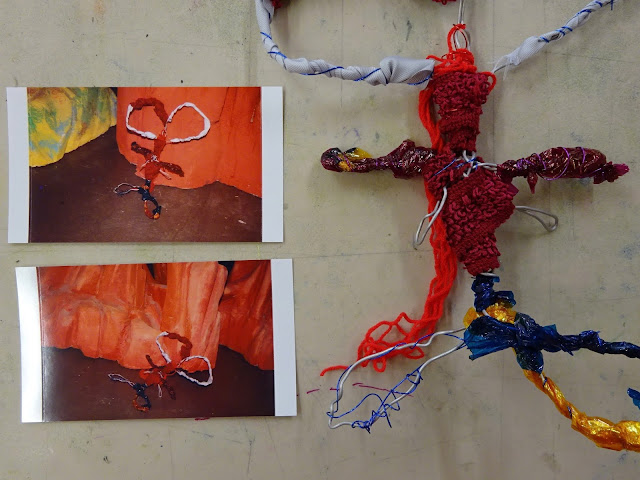 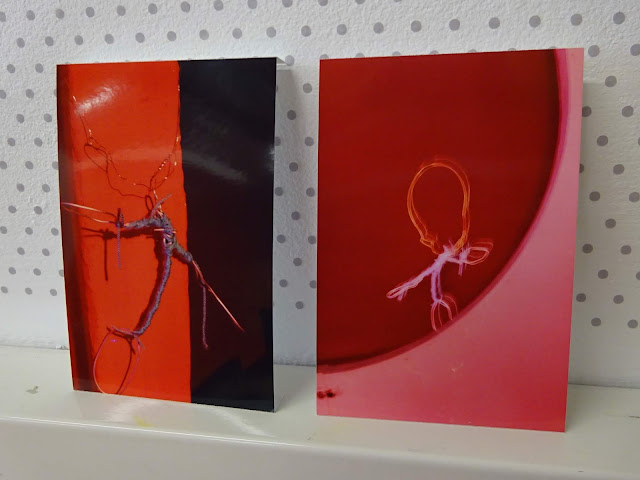 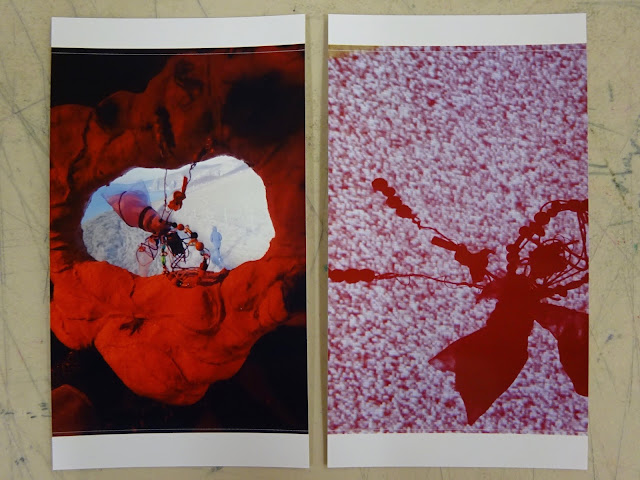 I've begun a project I'm calling book botany, inspired by forgotten flora found in second hand books. Around twenty years ago I discovered a collection of four leaf clovers in a book bought from Scarthin Books of Cromford, Derbyshire. Delighted with my find, I left the clover between the pages, knowing it was there, safe keeping.

Recently, I bought a book in a Matlock charity shop and discovered a beautiful ivy leaf pressed between its pages. My thoughts returned to the clover and an idea formed to bring these precious nothings into the light and lavish attention upon them while painstakingly drawing and painting them. When painted I'll return these forgotten keepsakes to the dark of their book...

There was a moment once, when someone picked and kept part of a plant, placing it within the pages of a book. A memento, a good day, a nice place... Everyday, fleeting, a human story.

I'm looking for more to paint, I'd like to build a collection of forgotten flora. 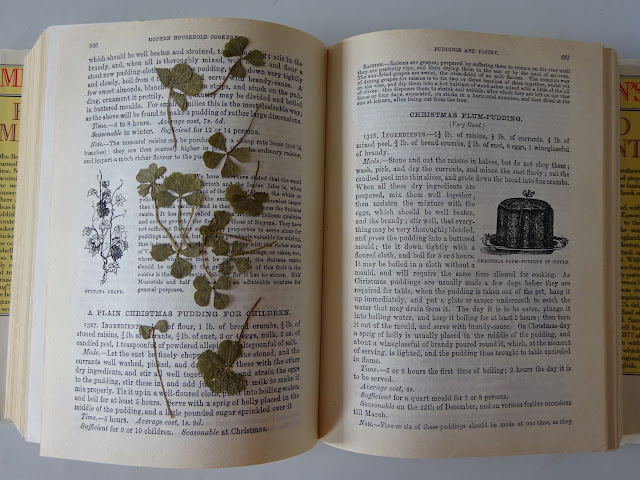 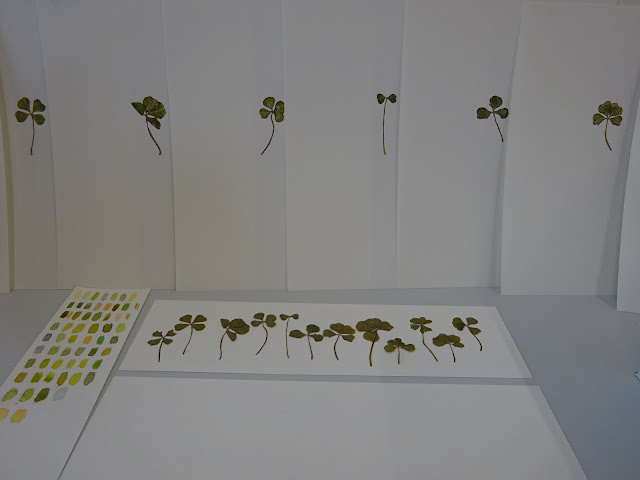 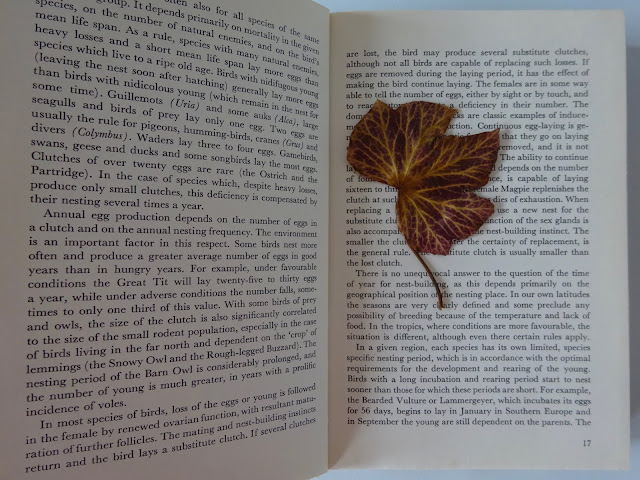 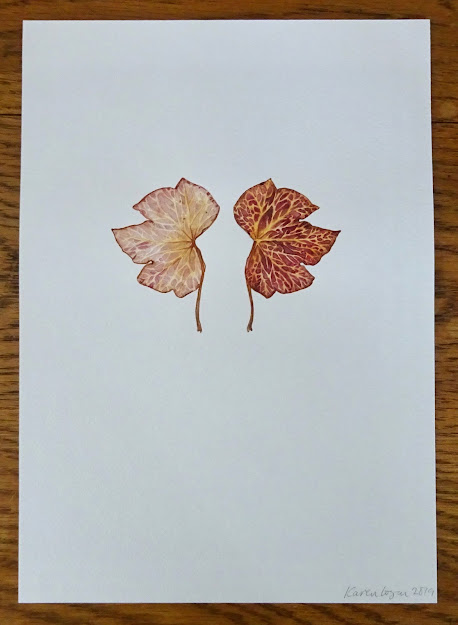 I've carried these reels of thread around with me since 2003, they were bought in a box of odds and ends from the Constance Howard collection during my MA at Goldsmiths. While packing my bag for Summer Lodge at Nottingham Trent University I gathered the rust/blood ones from the box - just in case.

Like many, I hold the beginnings of ideas/unresolved work/instinctual work as thoughts and objects. Summer Lodge provided the perfect opportunity to sit with this (reels and button handkerchiefs in particular) and allow space for it to speak.

Rust was my mum's favourite colour. I've yet to meet another for whom this is the case. The eight reels became one thread, and after a painstaking and frustrating two and a half days I worked out how to knit them together to form an umbilical type cord. The process took most of the Summer Lodge and surprised me, I'd not planned to make a cord, yet here it was forming and becoming in my hands.

The work was emotionally painful and I've not yet processed it. I thought about the women before me who birthed daughters and then I, childless, being the last of the line. The women before me are Doreen, Ada and Hannah and I plan to trace back the mother of Hannah and beyond so I have eight names, including my own. As I knitted another work appeared in my head, a series of eight connected dress forms in red organza - an idea to carry for a while.

I suspended a handkerchief and let it surprise me each morning. I've held the idea for many years of stitching buttons to a bedsheet and this was a maquette of that. I wonder at the weight of a bedsheet, of how it would feel to lie under, could it be cool and comforting? Might it suffocate? Unprompted, Milly, one of the wonderful studio assistants lay under the handkerchief and looked up at the buttons, remarking on how beautiful some of them were.

Summer Lodge provided a space in which new work formed, ideas emerged and old ones were reaffirmed. The support and positivity from particular studio assistants and participating artists was also most welcome. 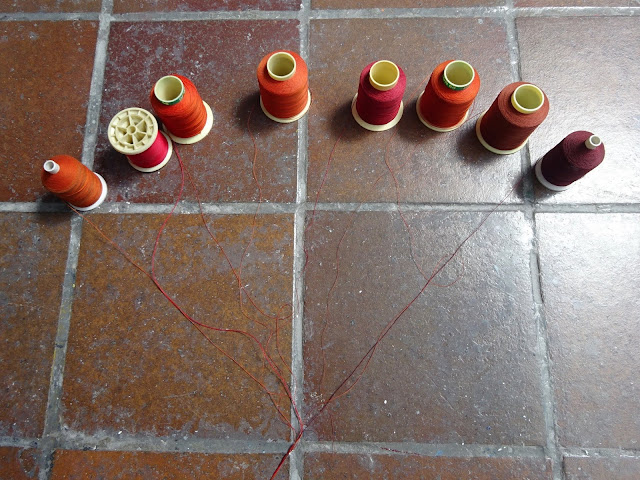 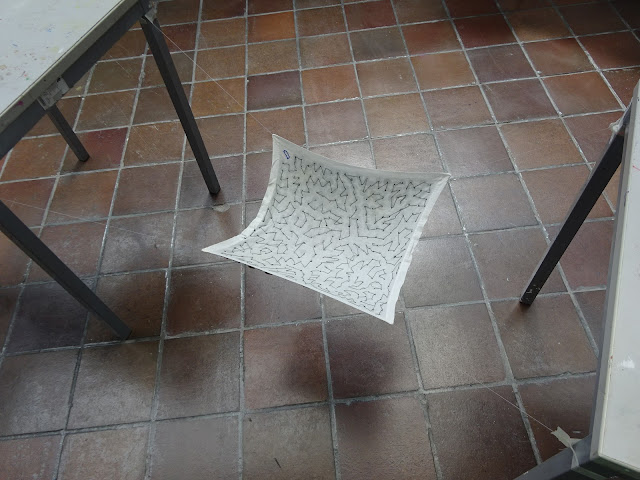 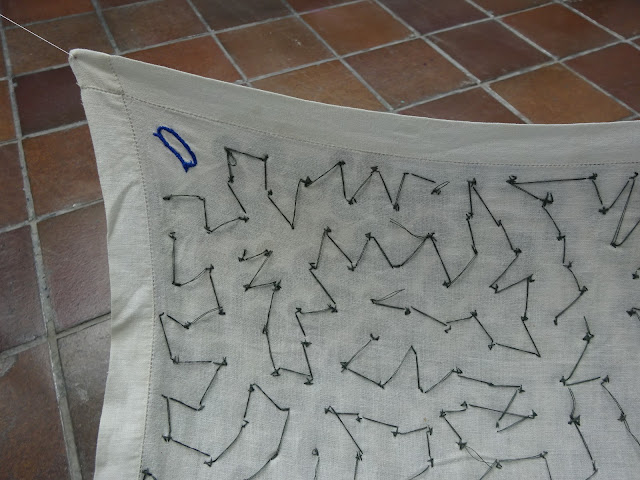 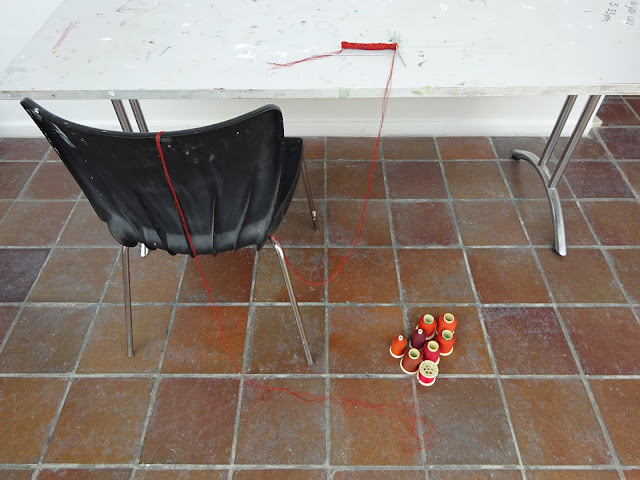 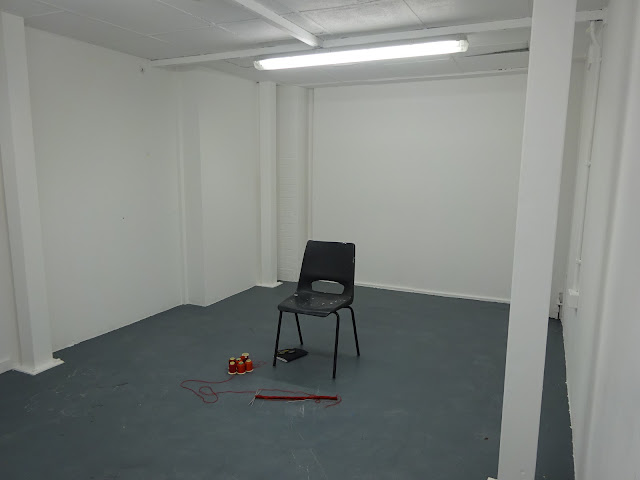 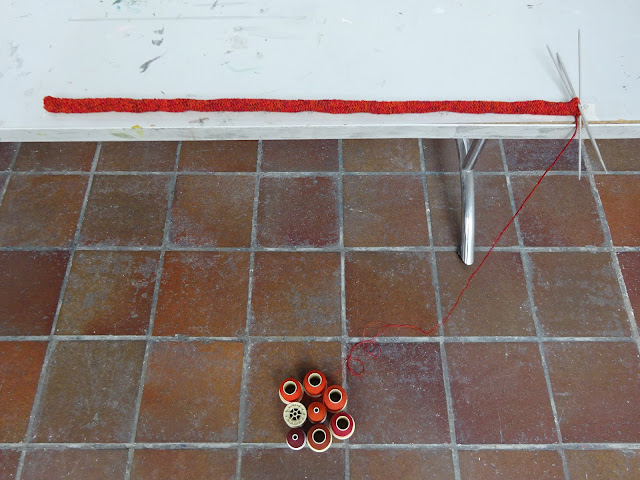